In March of last year, UAI, the States of Nebraska and Kansas and the Energy Future Coalition filed a lawsuit against the EPA challenging the MOVES Model, which the EPA uses to assess tailpipe emissions. 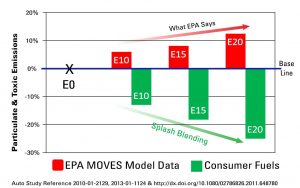 In 2015,  UAI commissioned an independent study that found the MOVES Model inaccurately blames ethanol for an increase in air pollution. The flawed data could jeopardize ethanol expansion in the future because states are required to use the MOVES Model to meet federal air quality standards.

“We now have two independent studies confirming what we’ve known all along, ethanol does not raise toxic emissions. In fact ethanol can help dilute some of the most toxic compounds in gasoline, reducing tailpipe emissions,” said UAI Technical Director Steve VanderGriend. “It’s time for the EPA to realize that the MOVES Model is made up of bad data and to undertake a new emissions study using real world fuels with the simple addition of ethanol.”