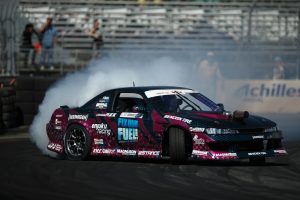 Long Beach, California- The Urban Air Initiative is proud to announce an educational partnership with Alec Hohnadell, a driver on the Formula Drift Circuit. Hohnadell not only uses ethanol race fuel for its performance capabilities but also for its health and emission benefits. 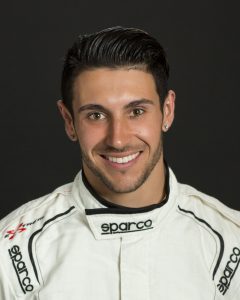 Several years ago, Hohnadell became very sick as a teenager. After dozens of tests with dozens of doctors, they found he had petro-chemical poisoning from swimming in the Gulf of Mexico. Although it appeared to be cleaned up, toxins from the oil spill in 2010 lurked in the water. Many of the toxins that made Alec sick are the same ones found in our gasoline.

Aromatics such as benzene, toluene, and xylene (BTEX group) are added to gasoline to boost octane. But these aromatics are also known to be cancer causing. Simply adding ethanol to gasoline can replace a majority of these aromatics, providing a clean octane boost while also reducing toxins coming out of the tailpipe.

After the diagnosis, Hohnadell spent more than a year in intense treatment to clear his system from the aromatics. It was during this time that he discovered drift racing.  Once he was healthy, he decided to give the sport a try.

But when he got behind the wheel, Alec wanted a cleaner fuel with the performance capabilities needed to race his way to the top. That’s when he started using ethanol. After hearing his story, Dave Vander Griend was compelled to help Alec. Vander Griend, through ICM put up the money to sponsor Alec’s car for the 2017 Formula Drift to spread the Urban Air Initiative message, #FixOurFuel. 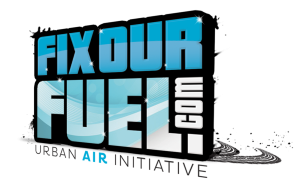 “Ethanol is not only an awesome race fuel boosting my horsepower, but it’s also a healthier option. I feel better knowing that ethanol greatly reduces the toxic emissions coming out of my tailpipe,” Hohnadell said.

Hohnadell is working to help teach his fans that you don’t need a race car to take advantage of ethanol’s benefits. Right now, almost all consumers are using fuel with 10% ethanol. Higher blends, with 15%, 20% or 30% ethanol are becoming more readily available. When used in regular and flex fuel vehicles, these blends provide more octane at a lower cost while also reducing a wide range of tailpipe emissions.

Urban Air Initiative is proud to partner with Alec this season and looks forward to educating Formula Drift fans that we can improve our air with ethanol.