The issue at hand is simple: There is a war going on over what you put in your vehicle’s gas tank. 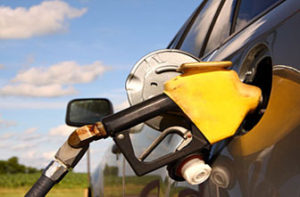 Many of us don’t think much about what goes into our gasoline. Most of us just figure someone, somewhere, has decided that what we purchase at the pump isn’t going to harm us. The problem is this: Gasoline is made up of 10 percent ethanol and 90 percent various petroleum products. There’s no such thing as pure gasoline. A large portion of those petroleum products are classified as highly toxic carcinogens that can lead to real health issues and negative effects on the environment. Those carcinogens are called aromatics, and they include benzene, toluene and xylene (BTEX).[1]

Though you may not know the technical terms for the chemicals in your gas tank or what comes out of your tailpipe, they are not healthy. In light of this, Congress added amendments to the Clean Air Act in 1990 in an effort to minimize a specific aromatic pollution called mobile source air toxics (MSATs). Congress directed the Environmental Protection Agency (EPA) to control these hazardous air pollutants to the greatest degree of emission reduction achievable.[2]

What does that mean? In the simplest terms, it means that the EPA was charged with getting rid of as much of the bad stuff in gasoline as possible. That’s a very clear directive. In fact, there have been 14 separate major/regulatory events either created, extended, or that have otherwise supported the use of renewable fuels and addressed the dangers of our nation’s dependence on oil.[3] Every U.S. President since Jimmy Carter has supported these initiatives. They were all courageous bipartisan efforts to end the nation’s addiction to crude oil and end a 100+ year gasoline mandate. Yet today, toxic aromatics still make up at least 25 percent of gasoline, sometimes as much as 40 percent.[4] This is not necessary, considering there is a cleaner, readily available alternative in biofuels like ethanol. Biofuels are homegrown products that support rural America and reduce the need for aromatics, which improves tailpipe emissions and the air we all breathe. 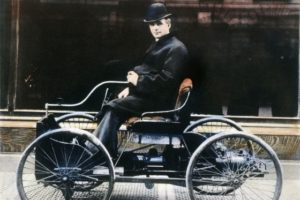 Ethanol as a clean fuel source is nothing new. When Henry Ford designed his Model T in 1925, he fashioned it to burn on any combination of gasoline and alcohol. The revolutionary design was supported by both the automotive industry and some of the greatest scientific minds of the time: Alexander Graham Bell, Thomas Edison, and Charles F. Kettering. All of them endorsed alcohol as a high-quality fuel and applauded the opportunity it presented for a new industrial market for farm products.[5]

As engine designs have evolved, the need for higher octane fuels has increased. Subsequently, other compounds have been added into the gasoline equation, especially after the use of lead for octane was phased out starting in 1974.[6] Mercedes stated that, “octane is the single most important property of gasoline when determining engine design.”[7] The search for the right compound, derived from petroleum, to boost gasoline octane ratings has been extremely difficult. Today, after a century of research, there are only two commercially viable octane-enhancing additives: toxic aromatics and biofuels.

And the problems don’t stop with just the aromatics in our gasoline. The crux of this issue is that the EPA is relying on science that routinely and knowingly discounts the value of biofuels. Extensive research has shown that regulations are being implemented based on vehicle testing that uses fake test fuels. But even if unbiased science was allowed to play out in these tests, the regulations that the EPA creates are prohibitive for development and production of any alternative to petroleum-based fuel products.

So how is it that the battle around clean fuel and a cleaner environment rages on? The answer is simple. The legislation that has been passed to protect Americans from harmful toxins in our gasoline isn’t being enforced by the government agencies created to keep us safe.

[4] Environmental and Energy Study Institute, Fact Sheet, A Brief History of Octane in Gasoline: From Lead to Ethanol, March 2016
https://www.eesi.org/files/FactSheet_Octane_History_2016.pdf

[5] EnvironmentalHistory.org, Henry Ford, Charles Kettering and the Fuel of the Future
http://www.environmentalhistory.org/billkovarik/about-bk/research/henry-ford-charles-kettering-and-the-fuel-of-the-future/

[6] Environmental and Energy Study Institute, Fact Sheet, A Brief History of Octane in Gasoline: From Lead to Ethanol, March 2016
https://www.eesi.org/files/FactSheet_Octane_History_2016.pdf