Internationally, the World Health Organization (WHO) stated that air pollution has become a large worldwide environmental health risk, with mobile source pollution linked to approximately four million fatalities annually. Its report links air pollution to heart disease, stroke, lung disease, and multiple cancers. “These are among the top five causes of death today, and one-quarter to one-third of deaths from these diseases are due to air pollution,” WHO stated.[1] 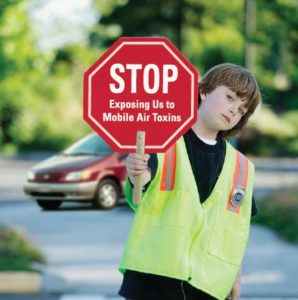 The EPA acknowledges that as much as 50 percent of air pollution comes from the transportation sector and that, specifically within that subset, mobile source air toxics (MSATs) are considered to be the most dangerous to public health. MSATs are basically tailpipe emissions and are carriers of toxic carcinogens produced from the aromatic compounds in gasoline.[2]

The missing link in public knowledge, and largely missing in the public debate, is the reality that MSATs create ultrafine particulates. While EPA’s Office of Transportation and Air Quality (OTAQ) states that it has significantly reduced particulate emissions by controlling stationary sources like power plants, these are not the most dangerous sources.[3] Ultrafine particulates are the smallest and most damaging to human health. They are also not regulated.

Even if EPA measurements are 100 percent accurate at predicting real-world emissions, gasoline represents 80 percent of the mobile source fuel. Every year, about 30 billion gallons of aromatic carcinogens are incompletely combusted and emitted into our air as highly toxic particulate airborne pollutants.[4] Many of these aromatics, like benzene, are known to be dangerous to public health.

In fact, the American Petroleum Institute (API) stated as early as 1948 that: “It is generally considered that the only absolutely safe concentration for benzene is zero. There is no safe exposure level to benzene, even tiny amounts can cause harm.”[5]

The US Department of Health and Human Services (DHHS) classifies benzene as a human carcinogen:  “Longer-term exposure to excessive levels of benzene in the air causes leukemia, a potentially fatal cancer of the blood-forming organs.”[6]

According to the Centers for Disease Control and Prevention (CDC) Toxic Substances Portal: “As benzene is ubiquitous in gasoline and hydrocarbon fuels are in use everywhere, human exposure to benzene is a global health problem.”[7]

When it comes to these toxics, the human lung is not capable of removing these microscopic particles from the air you breathe. As a result, they pass directly into the bloodstream. This is why they are not only associated with respiratory ailments, but also many kinds of cellular and neurological disruptive problems from cancers to autism and other mental issues, as documented in numerous peer-reviewed medical studies. In fact, these MSATs -the carcinogens emitted by gasoline exhaust -trigger what is called “Endocrine Disruptors” that are known to interfere with the normal function of hormones in our bodies even as they develop in the womb.[8]

According to EPA, in the United States alone, there are 45 million people living, working or attending school within 300 feet of a major road, airport, or railroad.[9] Residents of urban areas, with buildings and other obstacles trapping these emissions, are disproportionately affected.

American consumers pay the ultimate price for EPA not making MSATs a priority. While there is disagreement about carbon dioxide and the impact that fossil fuels have on changing the climate, there is no public disagreement that air pollution is literally killing people. 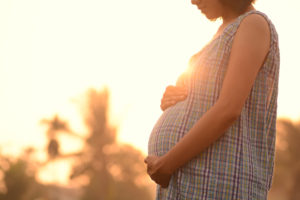 Think about that the next time you see a pregnant woman standing by the side of a busy urban street breathing in a cloud of engine exhaust. She has just exposed her baby to more cancer-causing aromatics, like benzene, than a person living 200 years ago would have been exposed to in their entire lifetime.[10] The worst part is the oil industry knows this, the government knows this, and the agencies empowered to protect her and her baby are not doing what the law requires.

The good news is that reducing pollution saves lives.[11] The bad news is that, in many respects, today’s air pollution results in similar negative health effects to those that the nation experienced when lead was added to gasoline to increase octane.[12] Solutions are available today: One gallon of ethanol can replace up to two gallons of aromatics, which means a reduction in MSATs and ultrafine particles that create dangerous pollution and negative health effects.

Click here to read the next section, The Threat

[6] Centers for Disease Control and Prevention, Facts about Benzene https://emergency.cdc.gov/agent/benzene/basics/facts.asp

[9] Environmental Protection Agency, Research on Near Roadway and Other Near Source Air Pollution https://www.epa.gov/air-research/research-near-roadway-and-other-near-source-air-pollution

[12] Environmental and Energy Study Institute, Fact Sheet, A Brief History of Octane in Gasoline: From Lead to Ethanol, March 2016
https://www.eesi.org/files/FactSheet_Octane_History_2016.pdf