What We Can Do

Up to this point, we have focused on the severe health problems associated with the toxins in our gasoline and the not entirely- successful attempts by the government to protect us. But there is hope for change in the future. 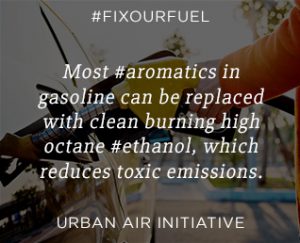 First, let’s take a look at what can be done.

The Brazilian government made a firm commitment to clean air and a consumer-focused market for fuel 30 years ago. Brazil called on all its automakers to manufacture vehicles that could run on any combination of ethanol up to 100 percent — and they did. In this open system, technological innovation and a free market created the clear winner. Choice allowed consumers to respond to high oil prices and unhealthy air by increasing their use of ethanol. Consumers controlled their destiny and retained the dynamics of the free market by choosing higher blends of ethanol at the pump based on both cost and performance. As a result, Brazil is the second-largest producer and consumer of ethanol in the world after the United States.[1]

In light of the Brazilian model, OTAQ’s director admitted that its fuel testing process was outdated,[2] a passive response, and indicative of the problem. How is it that other countries are farther ahead in environmental health, energy independence and free market economics than we are? The short answer is: Their governments are working for their people.

Unelected bureaucrats shouldn’t be picking winners, but enforcing laws without bias, which is Congress’s legislative intent.

When an unelected bureaucrat “regulates” based on their opinion, or that of a special interest group’s lobbyist, the public has no recourse; the public can’t fire them. This is a form of governmental abuse of power and something needs to be done to return the power to the people. Unelected bureaucrats should not be legislators; they should be accountable to the legislators and enforce the laws or mitigate their application, which leads us to the last thing we can do: Hold Congress accountable to do their jobs, not give them the power to determine market winners or losers or establish direction based on alternative agendas. 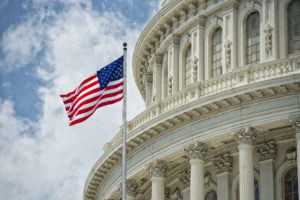 Our founding fathers proposed to put the “power to govern” in the hands of people who were accountable, the “representatives” who were subject to being fired by the people. Congress was to be a place to argue over the different perspectives of the public, create clarity concerning what is best for all, and enact laws to preserve the best possible future for the country’s people. Congress needs to be told in no uncertain terms WE THE PEOPLE WANT ACTION.

Thanks to some elected officials recognizing a need for clean air and the inherent value of ethanol as an octane booster and an economic booster, ethanol now comprises nearly 10 percent of the U.S. gasoline pool “by mandate” through the Renewable Fuel Standard (RFS). This mandate has maintained gasoline octane ratings while helping to reduce the volume of aromatics that are added to gasoline. But is regulating really the answer? Is 10 percent the best we can do? In the 100+ years since the production of the first car that was able to run on any combination of ethanol and gasoline, including 100 percent ethanol, the U.S. remains reliant on gasoline, while fuel in Brazil is mandated to have an ethanol blend of 27 percent. The flex-fuel vehicles vehicles in Brazil are capable of running on up to E100. Ten percent is not the best we can do.[3]

Click here to the next section, Biofuels an Available Solution