If anything is clear so far, it’s that gasoline is dangerous stuff. The aromatics added to gasoline at the refinery to boost octane are known to cause cancer. Yet they continue to be used even though Congress has directed the EPA to reduce aromatics to the greatest extent possible.

Knowing that government agencies are empowered to inform Congress, regulate producers and protect us, consider this:

If the mission of those offices wasn’t enough to protect the public, the Clean Air Act was passed in 1970 with amendments in 1977 and again in 1990.[1] 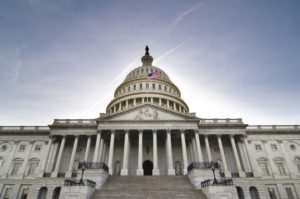 Despite the clear and present danger of aromatics, legislation did not improve the situation very much. The toxic controls enacted by Congress weren’t prioritized by EPA/OTAQ officials. The result was the 1990 amendments to the Clean Air Act, commonly referred to as the “Clean Octane” Amendments. Toxic controls were established in the Clean Octane Amendment, and now, due to this effort, all gasoline is currently limited to 0.62 percent benzene by volume.[2]

The Clean Air Act Amendments have two goals. First, to provide energy security by reducing petroleum use and, second, to create markets for renewable fuels and domestic biofuels. The centerpiece of that legislation requires the petroleum industry to include a gradually increasing percentage of renewable fuels in their slate of products to boost octane and reduce toxic emissions.[3]

U.S. ethanol producers and farmers responded by exceeding the Congressionally mandated targets within only two years. As oil prices climbed above $100/barrel, and corn ethanol producers proved the commercial viability of their technologies, Congress increased the use targets for conventional biofuels, including corn starch-derived ethanol, up to 15 billion gallons per year. Congress then established even higher targets for ethanol derived from cellulosic biomass materials and advanced biofuels.[4] 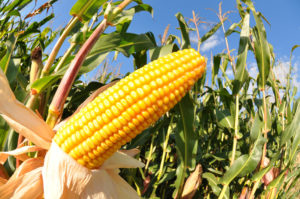 Fearing that the U.S. corn ethanol industry would expand exponentially, the oil industry aligned with the environmental community to pressure EPA/OTAQ to derail the corn ethanol industry. It appears contradictory, but many key environmental groups focused more on land use issues and misguided net energy reports than clean fuels and clean air. Consequently, they were persuaded to oppose biofuels as a clean renewable fuel and octane source[5] which resulted in the continued increase of toxic aromatics in the fuel supply.

Random fuel samples collected from the Kansas City area in 2016, and sent out for testing by Urban Air Initiative (UAI), revealed benzene volumes as high as 2.1 percent, and that figure does not include benzene emissions that are formed by other aromatics compounds as they exit the tailpipe. This is nearly twice the legal limit.[6]

This goes to show that Congressional intent is still not being followed and the general public is being exposed to even higher levels of toxic aromatics than allowed by law. In our next section, we will explore the research that uncovers why protecting the public doesn’t appear to be an EPA and OTAQ priority.

Click here to the next section, Why It’s Not Working

[2] Environmental and Energy Study Institute, Fact Sheet, A Brief History of Octane in Gasoline: From Lead to Ethanol, March 2016
https://www.eesi.org/files/FactSheet_Octane_History_2016.pdf